Such Spice, Much Wow

I want pasta. One thing about the Paleo diet that kills me is I'm not supposed to eat pasta. At least not in the beginning, I think. I figure, since I'm doing this to get my body regulated rather than a lifelong lifestyle change, I'm sure that later on I'll be able to have pasta once or twice a month after I've gotten into the habit of healthy eating.

Unfortunately, that hope doesn't help me right now. So I'm starting to get real creative about substituting Paleo-friendly foods in recipes that usually call for things like pasta or rice. What can I say, I have very little willpower, so I need to be creative! (Don't judge! I'm sure one of you has broken down from time to time when faced by your greatest temptation. Chocolate lovers, I'm looking at you!) 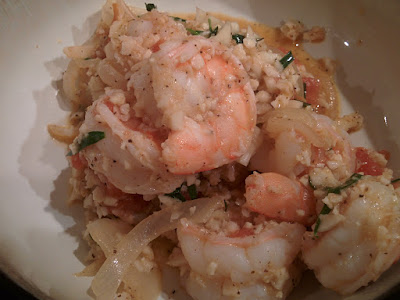 Quite a long time ago, I was able to afford a meal at the Ritz-Carlton. It'd been on my culinary bucket list for a long time, so I was really pretty ecstatic. I went with a couple of friends and one of the dishes that was ordered was this peppered pasta with shrimp, tarragon, and tomato. I love pepper more than Dana Carvey's Pepper Boy (If you haven't seen the sketch, watch it on for the love of god. That man is an unsung genius!), so this dish was right up my alley. 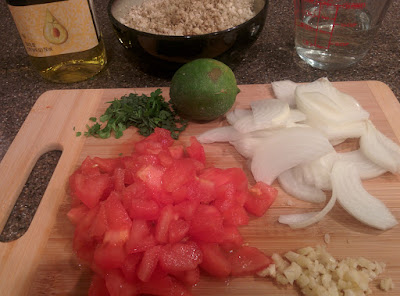 This dish cooks up pretty quickly, so you're going to want to prep all of your ingredients before you start cooking. Chefs call this mise en place, which is French for "putting in place." 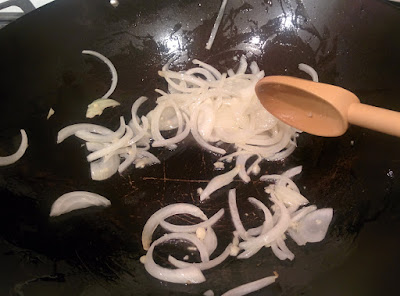 Saute the onions and garlic until tender. You don't want them to brown or caramelize at all so keep 'em moving and keep the heat at medium low. 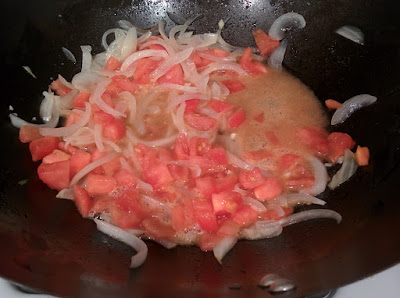 Once you add the tomatoes, wine and chicken broth, jack up the heat to medium high. 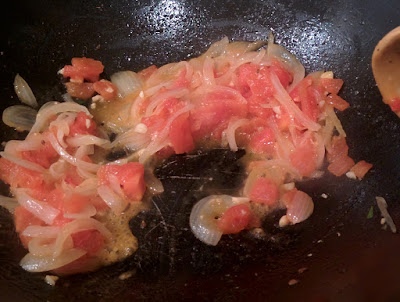 You're going to cook the liquid down until it's nearly gone. This is called au sec, which means "nearly dry". While this is going on you can bust out that second pan you splurged on, and do this next step. 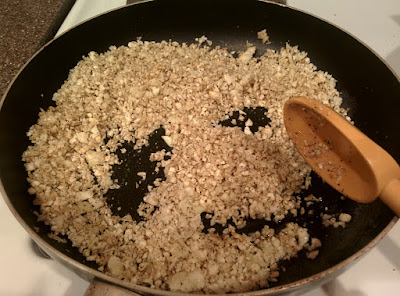 Before you saute the cauliflower in butter, make sure to pepper it to taste. You're going to saute it in the butter for about a minute until it's coated, then add about 2 tbsp of chicken broth and cook it until it's softened. Then toss in the tarragon like you see below. 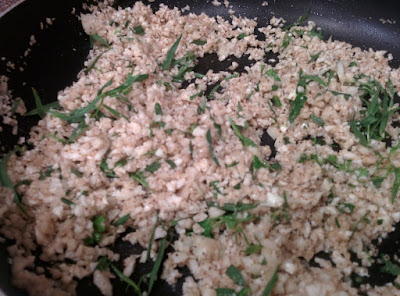 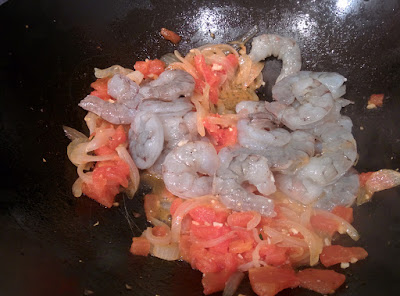 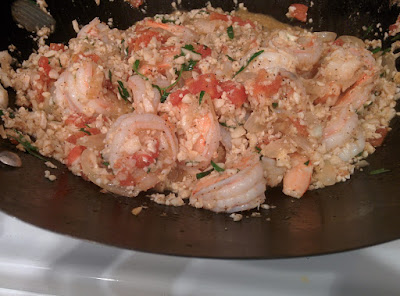 Toss the cauliflower with the shrimp and serve.

Heat the olive oil in a wok or skillet over medium heat. Saute the onions and garlic until tender but not browned, about 3-5 minutes. Add the tomato, wine, and the rest of the chicken broth. Simmer until the liquid is nearly gone.

Increase heat to high and add the shrimp. Cook until pink, about 5-10 minutes. Reduce heat to medium and toss in the cauliflower. Serve.

*You can peel and devein the raw shrimp yourself. It's especially fun if you like imagining that these little guys are the cockroaches of the sea and you're slowly pulling them limb from limb. If that's not the life you're about, then ask your fishmonger for peeled and deveined shrimp.